The scenic Oregon Coast, normally peaceful and tranquil is shattered by more than winter storms--in this case, Murder.  Police Detectives Patty O'Toole and Rick Starker use their intellect, experience, and clever intuition to bring more than one killer to justice.  Three short mysteries under one cover.

Book Five in the O'Toole/Starker 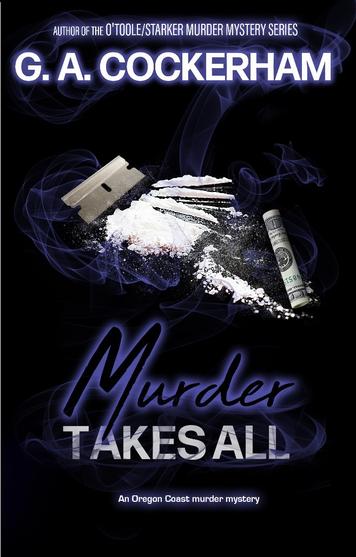 by G. a. Cockerham

A quiet town on the southern Oregon coast becomes the location of a murder-suicide.  Or is it?  The bodies are mummified and found with no identification creating a forensic puzzle.  Detectives Patty O’Toole and Rick Starker are barely into their investigation when a frantic call comes in.  A young college student is missing.  Is the female corpse that of the student?   A diverse group of suspects begins to emerge, and it’s discovered they are all joined by the same secret.  Is it the drugs that bind them, or something far more sinister?

The southern Oregon coast provides great recreational activities, unless you go diving with someone who doesn’t want you to surface.  There are witnesses but no one can say “Who?” or “How?”.  Their search leads Detectives Patty O’Toole and Rick Starker on a path of lies, deceit, and mortal fear among those who’ll say and do anything to save themselves.

​Want to know where to find my books?​

Scroll down to the second half of my Journal Page.

A man found hanging in a usually serene Oregon forest sends the town of Brookings into a panic and brings detectives Patty O'Toole and Rick Starker running.  Who is he?  What has he done to be murdered in such a way?  Uncovering the answers proves to be more complex than they first expect.  The man's past looks like a promising lead, but no sooner do they discover possible motives in his history when they learn of another death.  Do the similarities lead back to the same twisted mind?  As the body count mounts, the detectives realize that they could be dealing with their very first serial killer.  One who is always watching...

A young woman living alone is found dead in her home when the police do a routine welfare check.  Detectives O'Toole and Starker barely begin investigating when an older couple is found bound and murdered.  Are the murders related?  With little to go on, they appeal to other agencies and learn that similar crimes are being committed further up the coast.  What do all these victims have in common?  As clues emerge reflecting a calculated murder scheme, the detectives fear the worst and seek help from multiple law enforcement agencies in more than one state. 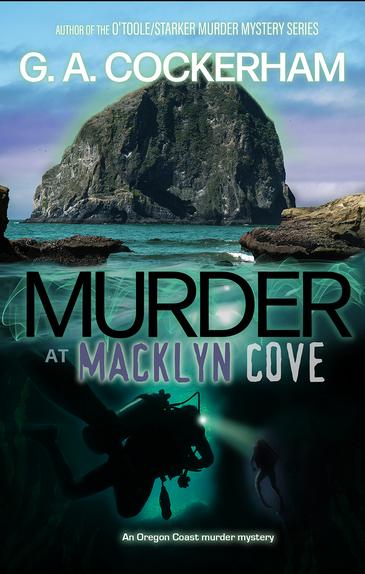 MURDER ON THE OREGON COAST

Book one in the O'Toole/Starker

Murder On The Wind

Book two in the O'Toole/Starker